Celebrating our achievements - Aiming for the future

Rheinmetall Canada (the former Oerlikon Aerospace) was formed in April 1986 as the Canadian home for Oerlikon's business in North America. The company's first mandate was to manufacture and provide support for the Air Defence Anti-Tank System (ADATS) missile system for the Canadian Forces Low-Level Air Defence (LLAD) program, a program which was retired on 31 March 2011.

We are proud to have built and sustained this sophisticated weapon system here in Canada. This "ADATS experience" was a defining period during the company's evolution as we developed a unique blend of state-of-the-art services in systems, subsystems, software, and logistics engineering. It laid the foundation to expand into new markets, such as battle management, land defence, and homeland security.

History at a glance

1993-1995
Completion period of the ADATS contract; start of the system engineering support repair and overhaul contract. 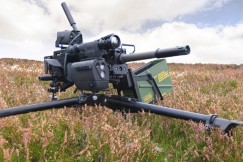 2000
Use of ADATS experience and technology to penetrate new niche markets. 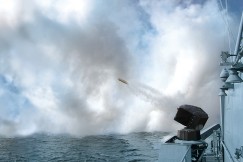 2011
25th anniversary of Rheinmetall Canada.
Decommissioning of the ADATS by the Canadian Army.
Integration into Rheinmetall's division Combat Systems. 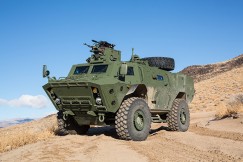 A proven partner of the Canadian Armed Forces

2012
Delivery of the first Leopard vehicle and official acceptance by the government of Canada.
Signature of the TAPV contract with Textron Systems Canada Inc.

2015
Orders for the medium-range radar and an integrated soldier system to supply to the Canadian Armed Forces. 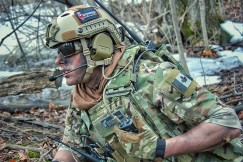