07/10/2014: Rheinmetall Canada to supply the Canadian armed forces with satellite on the move communication system

Under the Land Command Support System Life Extension (LCSS LE) programme,
the Canadian government has contracted with Rheinmetall Canada Inc. to supply a satellite on the move (SOTM) communication system. The contract encompasses
37 Satcom on the move terminals and three SOTM hub terminals, which will give the Canadian military a battle command on the move capability (BCOTM). The first phase of the order is worth CAN$21.8 million. 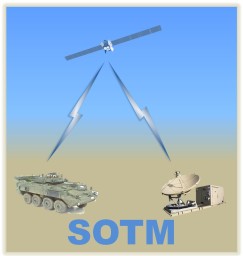 The SOTM system will be developed in partnership with Elbit System for the vehicular subsystem (VSS) and Rockwell Collins for the hub subsystem (HSS). As prime contractor Rheinmetall Canada will be responsible for system development and integration, programme management and the integrated logistics.